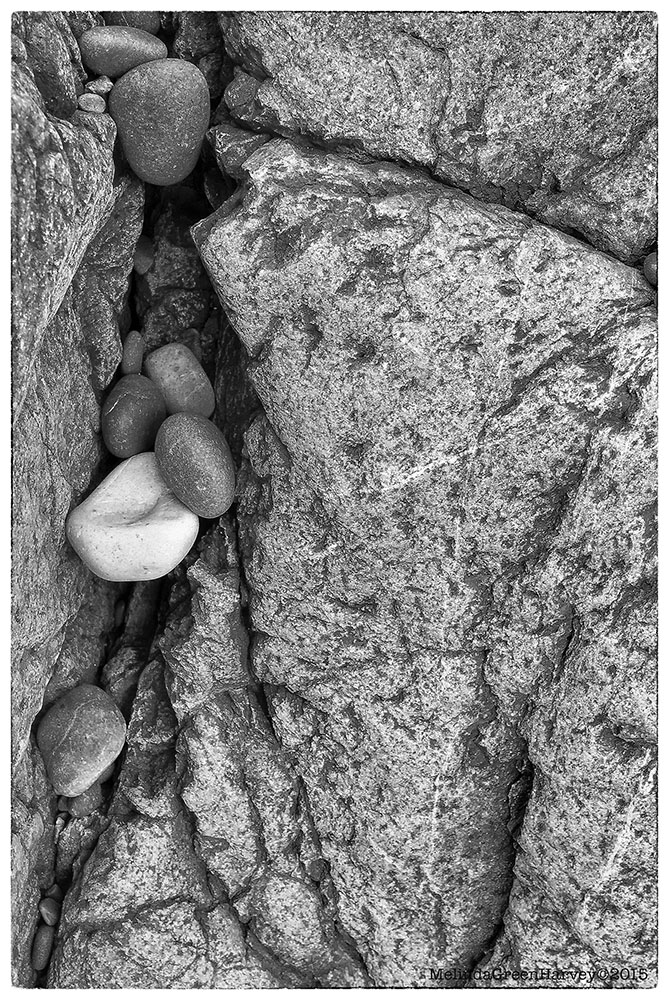 On my recent trip with Ehpem, we stopped by Botanical Beach, where I spotted these rocks, the smaller ones forced by the sea’s power into the crevice in the larger stone. Eventually, of course, all of them will be ground into sand.

The shape of every day 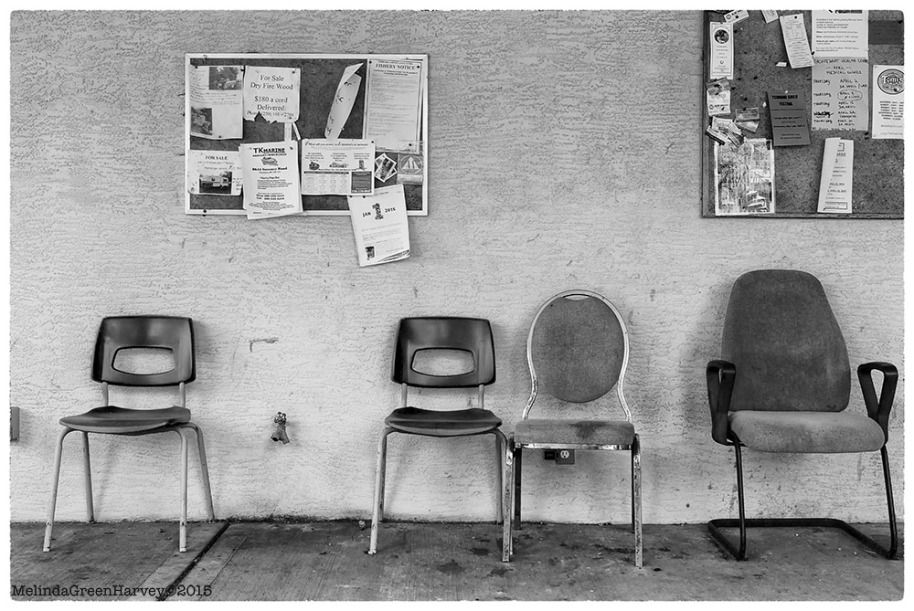 This was the scene on the porch of a little food market in Port Renfrew. While we were there, a man and a dog arrived. The man was driving a three-wheeled motorized scooter, which traveled so slowly that the dog could easily trot alongside. The dog had a tennis ball in its mouth. The man got off the scooter, filled a plastic jug from the water spigot between the chairs. Then he and the dog continued along their day’s journey.

It was very ordinary, and I was glad to have seen it.