Out in the middle of Guthrie County (which is itself close to the middle of nowhere), there’s an out-of-business building. My best guess is that it was a restaurant-convenience store (and maybe a liquor store, too); it’s all gone to ruins now which is of course why I stopped to look around. The drive there had been foggy and I was hoping to be able to photograph it barely visible through the mist. However, the fog lifted just before I got there; otherwise, though, I wouldn’t have had this light slanting across the broken plate.

…and then there was this thing 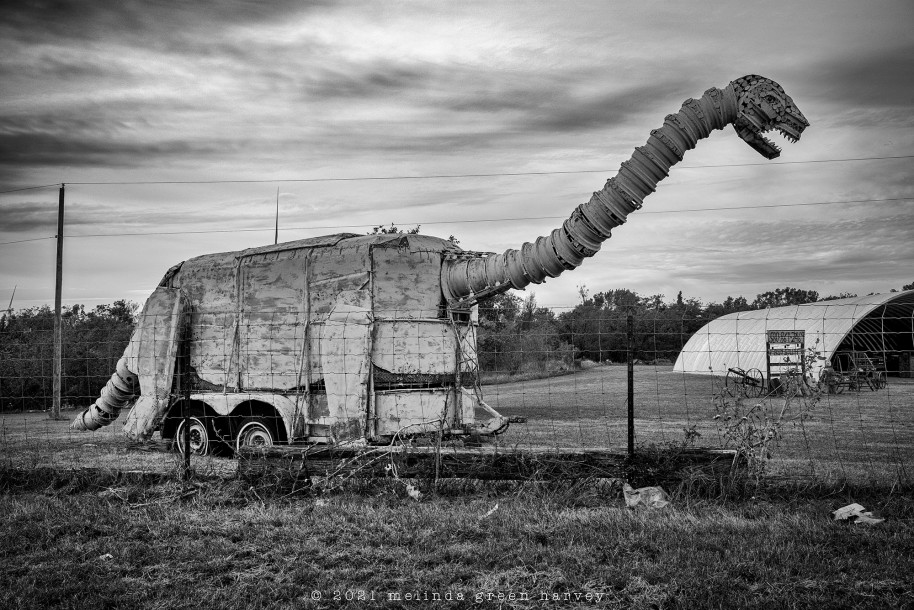 I can’t decide if this thing is an argument in favor of taking back roads or if it’s an argument for keeping on freeways. I can sort of argue it either way.

in memory of the lost ones 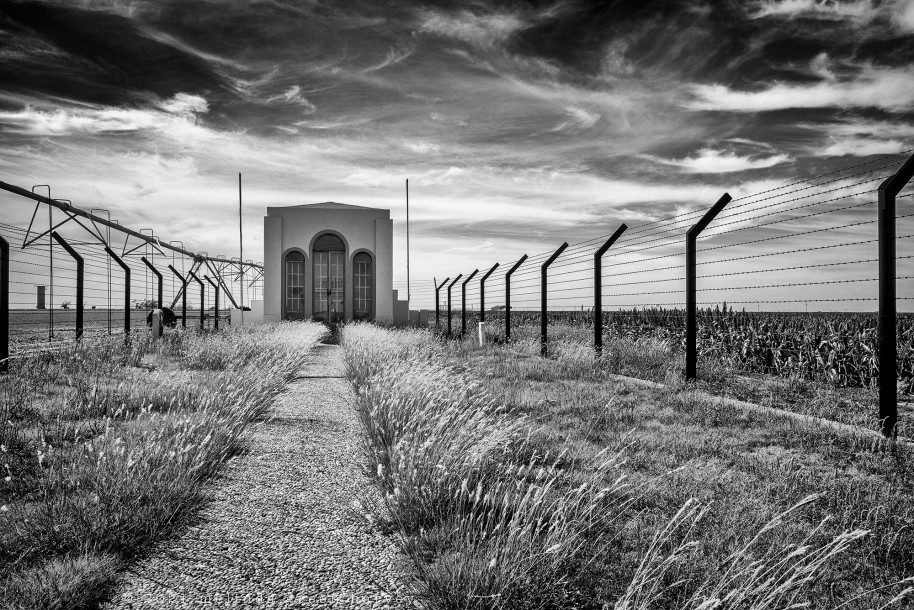 I’d lived in this part of Texas for a long time before I learned that there had been a WWII-era POW camp in Hereford, Texas. During the period between 1943 and 1946, over 5,000 Italian POWs were detained at the camp. This camp was the largest POW camp in the United States. The prisoners worked agriculture jobs, mostly, although a few of them worked painting the interiors of the Catholic church in nearby Umbarger. (Here’s more information on the camp.)

Five prisoners died at the camp; other prisoners built this chapel in their memory. 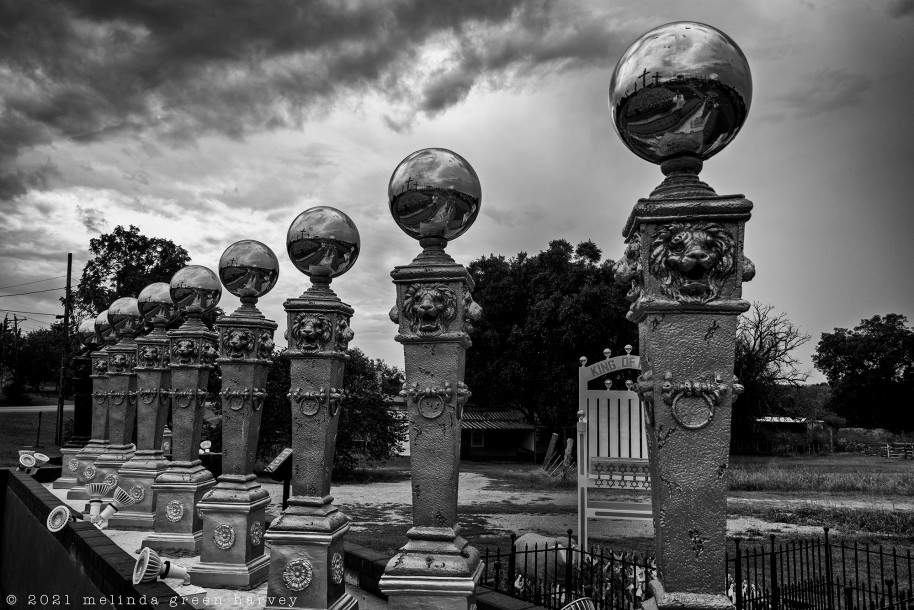 It probably shouldn’t surprise you that this row of orbs was at the same place as yesterday’s levitating deity. 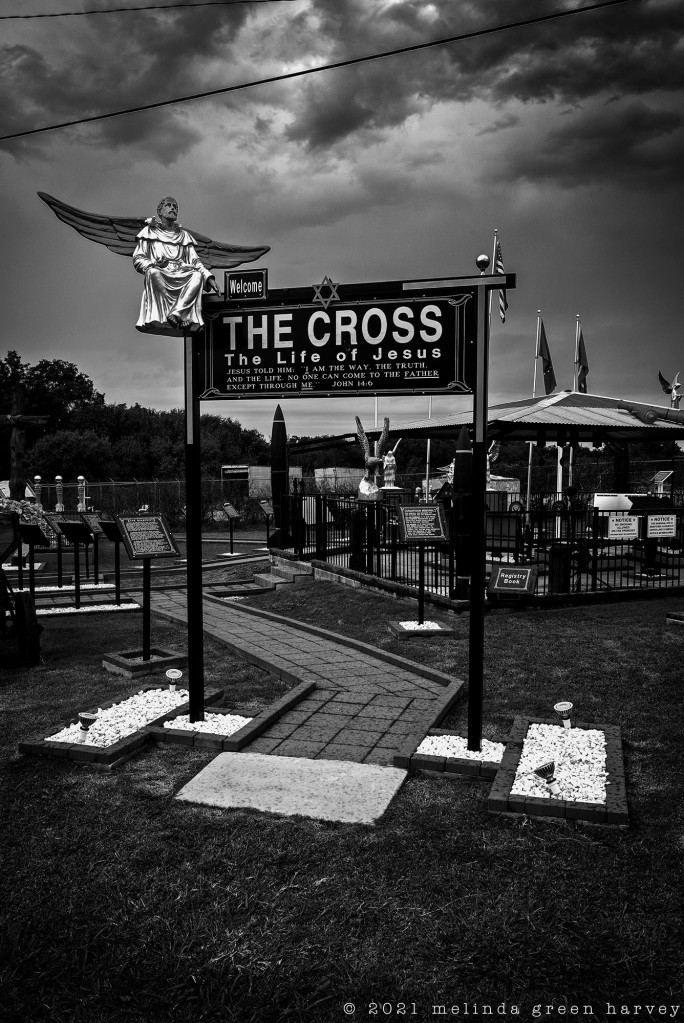 If you are ever tempted to just take the freeway (or, if you’re in Oklahoma, the turnpike) to reach your destination, that is surely your choice. But you need to know that you can’t see this…thing? installation? art?…unless you take the back roads.