Poverty is a great preserver

This place was built between 1607 and 1612, and it stayed in the family until 1991, when the family could no longer afford to keep it. The last private owner of Chaselton House, Barbara Clutton-Brock, said, “Poverty is a great preserver.” as a way to say that because there was no money for renovations, the house is relatively free of modern upgrades.

Two interesting things about the family: they invented many games, including croquet, and they believed cleaning the ceiling in the kitchen would bring back luck to the house. On our visit, croquet courts were set up for visitors. And the ceiling was still black. 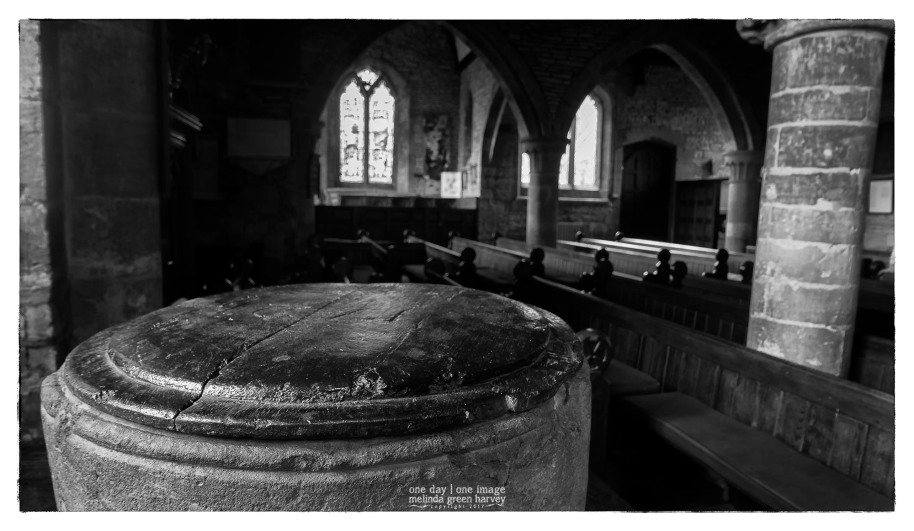 I was completely off my game the day I made this photo: I didn’t even look inside the font. 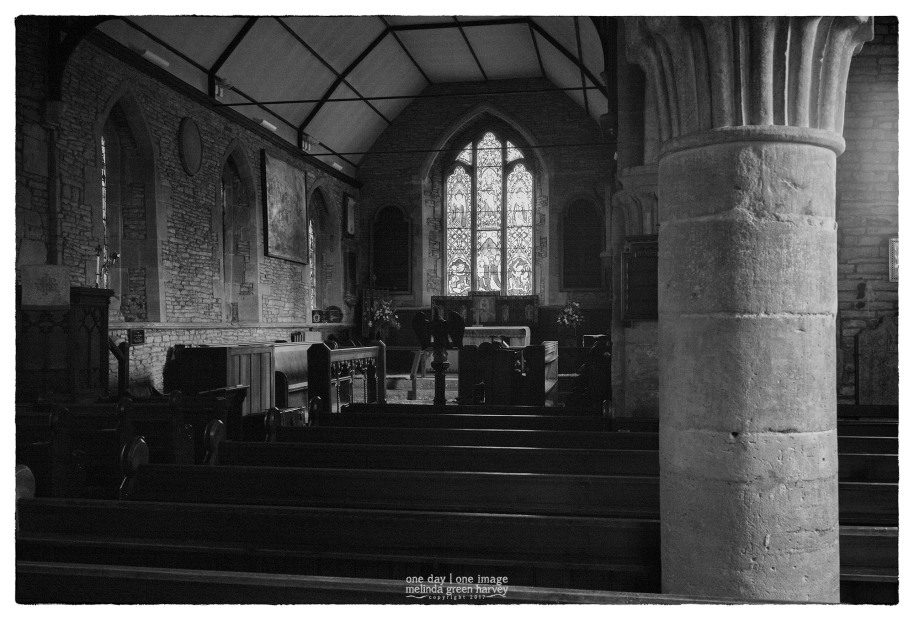 The church was locked when we first arrived, with a sign that it was closed for cleaning. By the time we’d explored the graveyard, the cleaner was through and invited us in, as long as we promised to be careful on the still-damp floors.

This church dates from the late 13th century. The town goes back much further; it was originally chartered in 709. According to Wikipedia, there’ve only been three murders in the town, a woman in 1707, a US soldier in 1945, and another woman in 1976. (In case you’re looking for a nice murder-free locale.)

On this part of the trip, we’d rented a cottage in Stow-on-the-Wold and made day trips from there. We’d start each day with an idea of where we were heading, but for various reasons those plans almost never worked out.

We DID mean to be in this town, but only because I had it confused with someplace else that I’d seen on a previous visit. After a pub lunch (in a building that dates to ~1400), we wandered around the churchyard. I’d like to tell you that I set up the shot of that couple walking toward the graveyard. But I just hate to lie to my loyal reader(s), so I’ll go ahead and let you know that was a lucky composition that went unnoticed until I got home. Sometimes these things work out…

Hannah on a hill, with tower

Miss Hannah Harvey stretches her legs on a hill in front of the Broadway Tower. (This was a vacation treat: we don’t have hills at home.)