…but you CAN leave furniture 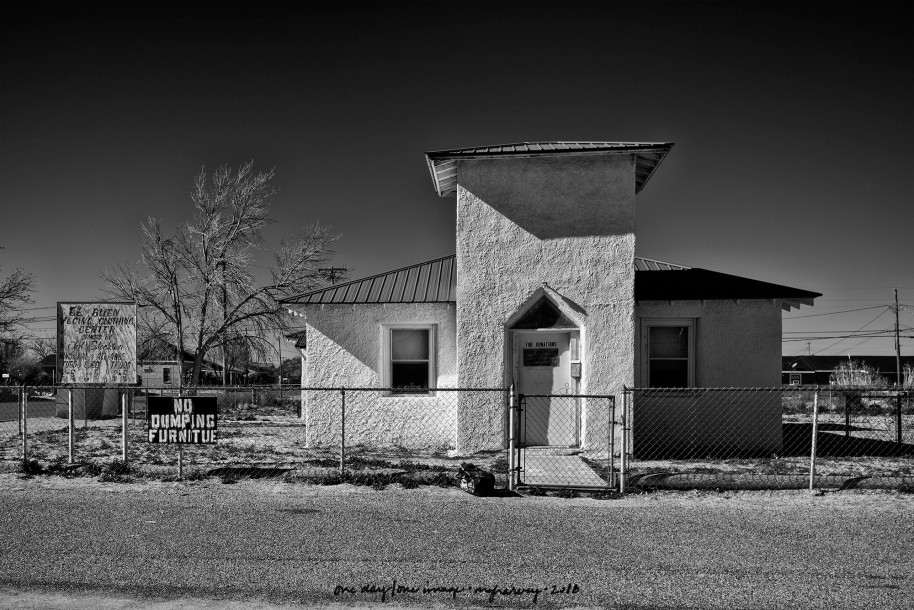 If only that sign had been one letter wider… 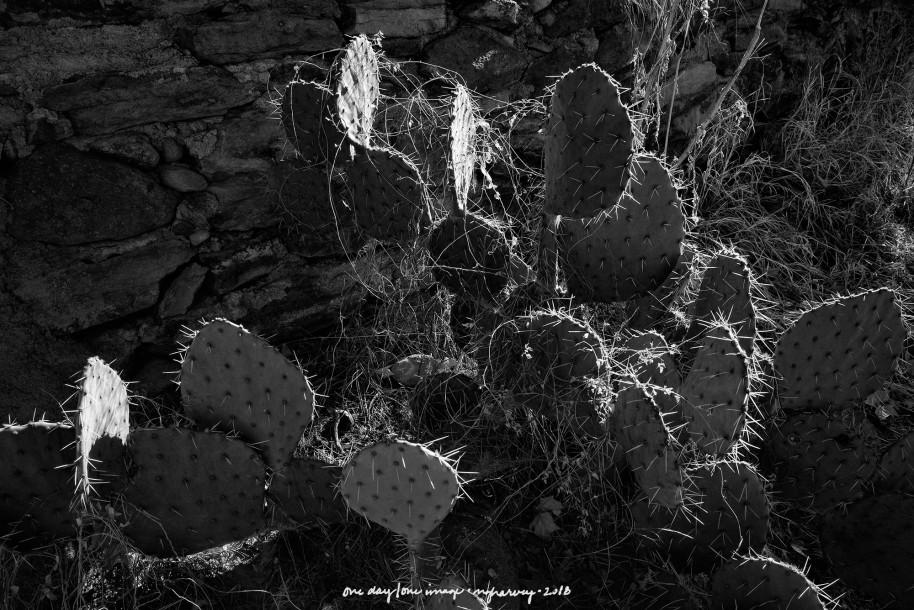 It’s a harsh world, out there in the desert… 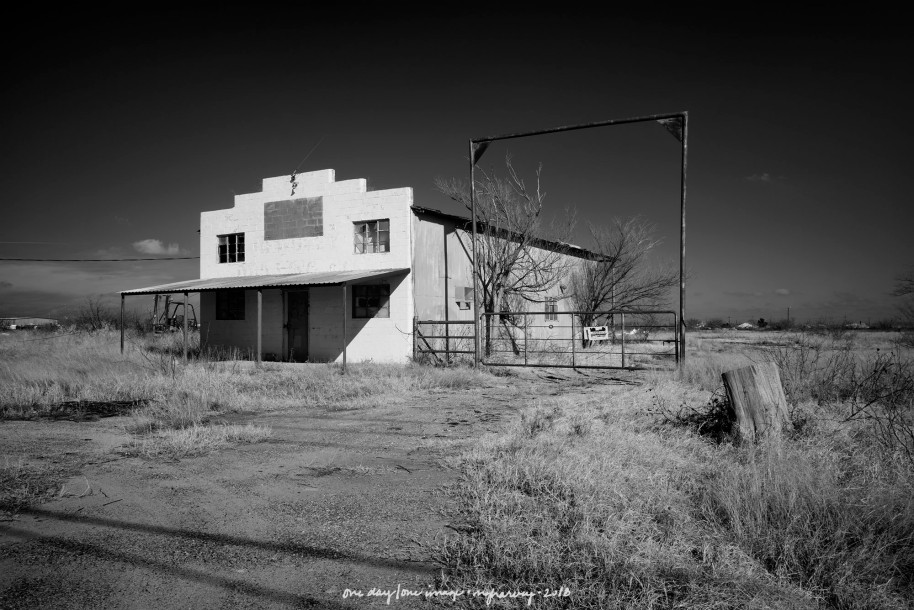 Here’s something to try for fun: first, let someone drive you around in an unfamiliar town, on a road that’s not really on a map. Then notice a building that you’d like to photograph. Make sure you’re in a situation where you can’t stop to get the shot. And, then, a few days later, try to find it again.There are bonus points if you can give your Patient Spouse (who is in an unfamiliar role as navigator) vague directions like “maybe the cross street is called Industrial?” or “there were some crosses by the railroad crossing.” And lots of bonus points if you get to town so late in the afternoon that it’s too dark anyway (because it’s solstice, after all). And then the regular number of points if you go back again on another day, have a bit of a “discussion” with the Patient Spouse about how to find the place, but since he’s driving and you’re navigating, then you eventually do locate it.

Just think of the fun!

Also, this: my first thought when we actually did locate the damn thing was that it wasn’t even worth the effort. But by then I was committed to getting the shot, whether or not it was worth it. I’m stubborn that way… 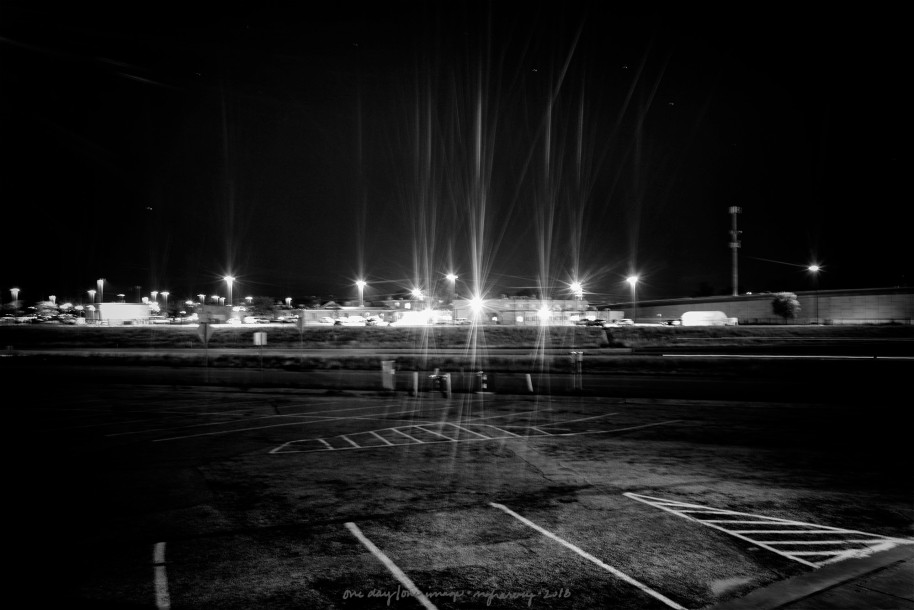 I’ve been working on a photography project for the past seven months that I haven’t posted here, for a complicated set of reasons. But here’s one image from the project, an outtake, if you will. I shot it through a dirty window, and rather liked the streaky result with the streetlights.

Don’t worry about the project; it’s still in progress, still without a name, but you’ll see it one of these days…. 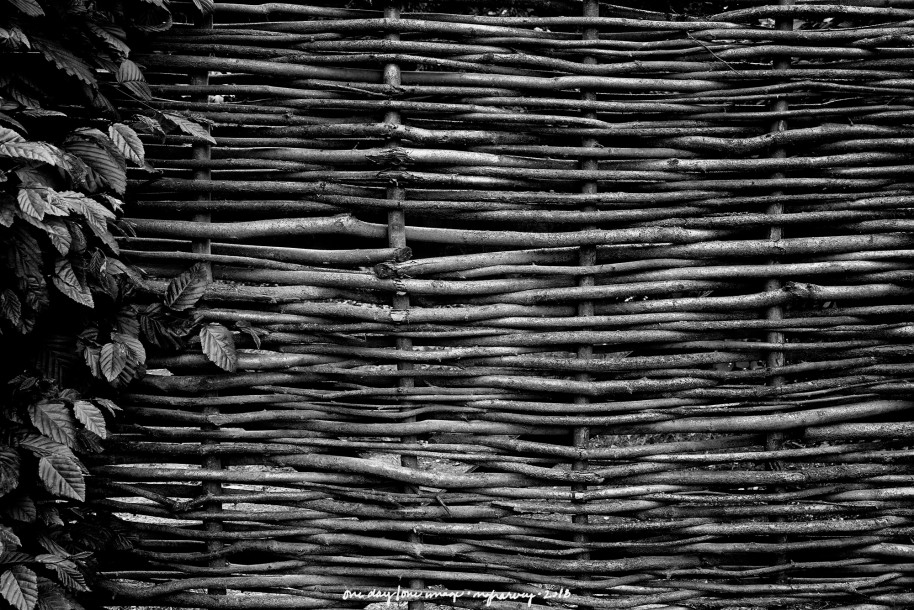 An organic fence and some ivy: lovely in muted light, a light that I am not especially familiar with.