It’s either too late or too early 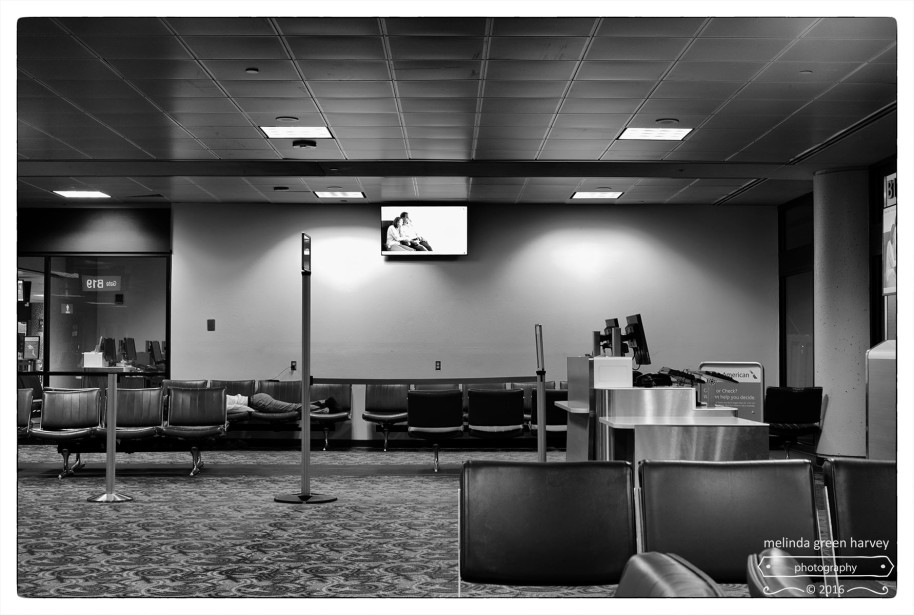 Evidently I am unable to do simple math in my head. As a result, I arrived at the airport hours (yes, hours!) before my flight was scheduled to depart. That’s the bad and/or embarrassing part of this story.

The good part is that it was so early that I was almost the only one there, which gave me lots of time to make photos.

The gentleman on the bench had been there longer than me, which made me feel a little better about my miscalculation… 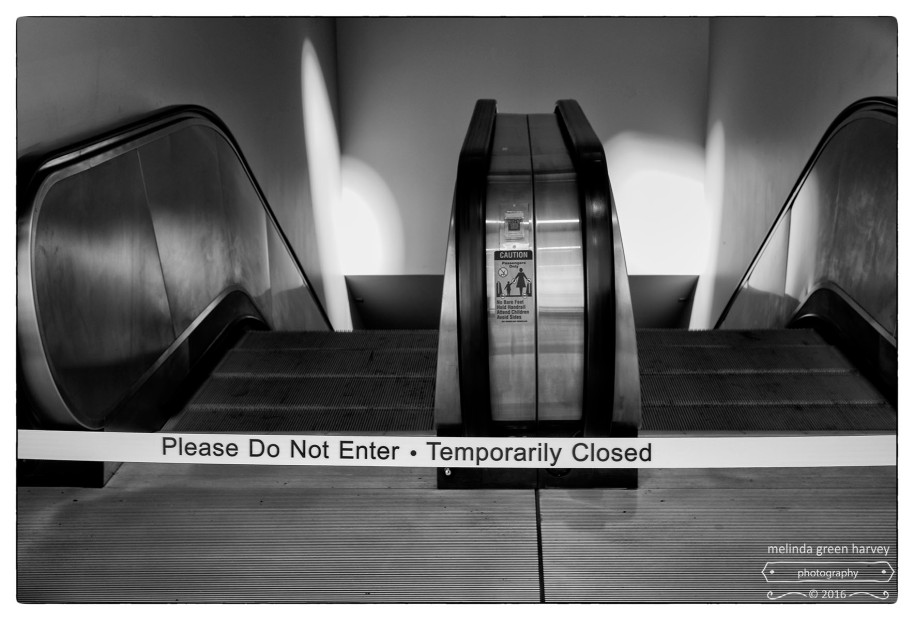 You and I are aware of the photographic potential of something like this. My fellow conference-attender, however, seemed more than a little skeptical as he watched me make this shot. When I was done, he very casually sauntered over to get a closer look at whatever was there. He seemed disappointed.

The timing was lucky for that trip to Phoenix – my pal George was just back to Arizona after a couple of months in Japan and we spent a good afternoon together.

We took a little hike (where we saw a nesting Great Horned owl and one of her babies), and on our way back down, got to see the new growth on the cholla cacti nicely backlit. (We liked the light-on-cactus a lot better than the very close subdivisions.)

The conference I attended tended to be a bit on the boring side, so to amuse myself, I walked around making some photos that I’d normally not even think about.

I walked by this window several times each day I was in Phoenix; it’s in a part of the convention center that didn’t seem to be in use. One day, I did what I’d wanted to do since my first sight of it: stick my camera lens right there on the (dirty) glass and make a photo.

For a room that doesn’t appear to be in use, there are a lot of wastebaskets, aren’t there?