Look at what’s behind you.

(Some of my rules when I’m out making photos.) 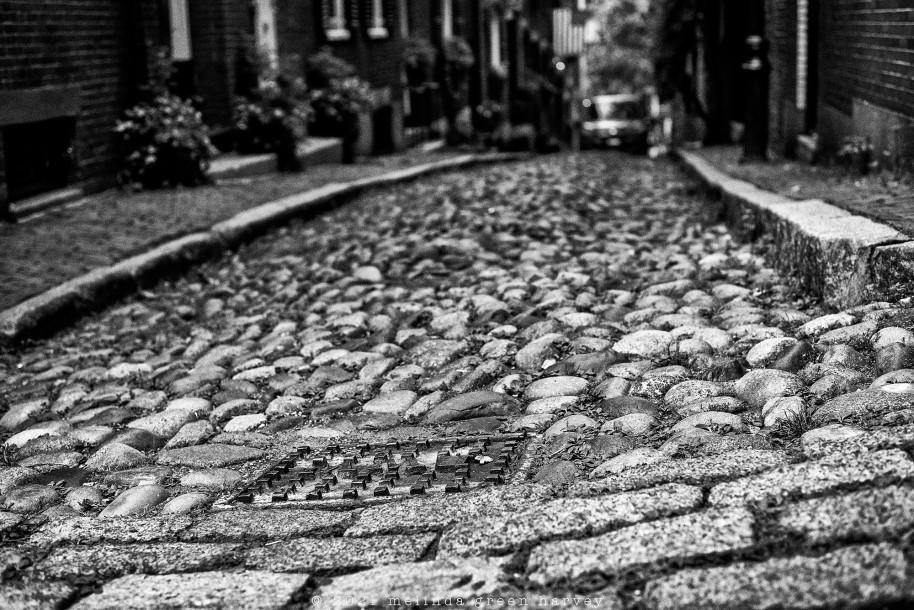 It was a delightful coincidence that my work trip to Boston could be arranged to allow me to participate in a group photo walk through the lovely Beacon Hill neighborhood. If I am being honest, places like Beacon Hill aren’t my favorite locations; it is much tidier and well-kept than the places I like to shoot. Plus the class required the use of a 50mm lens, and it is not a lens I automatically use.

Challenges are good, though. They make your brain work in different ways, make your eyes seek different subjects. Those are always excellent exercises for photographers and I am very happy that I was able to take the class.

And that’s the long way of explaining that this street seems to be the most famous street in all of Boston, and so I sort of had to photograph it. 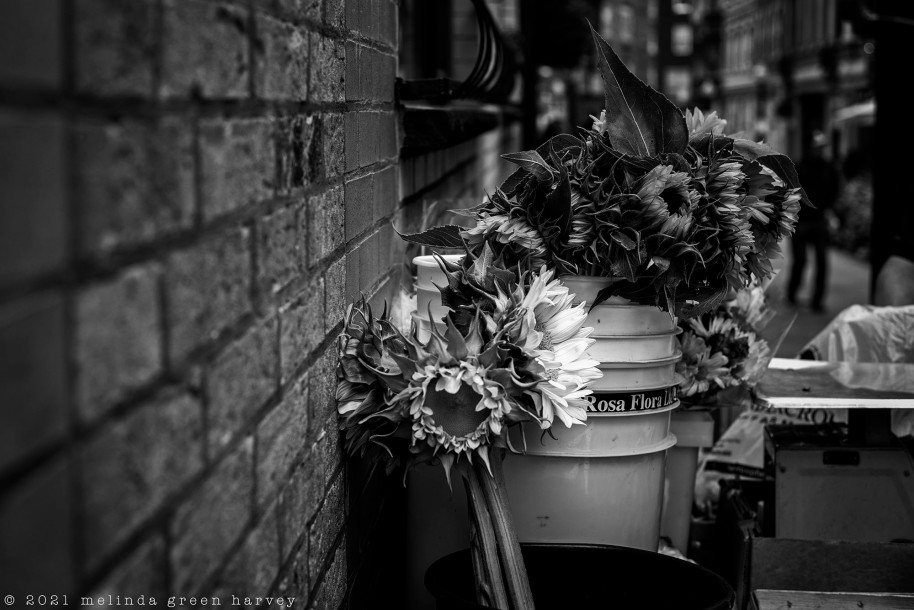 It was a lovely afternoon to wander the North End, and I was lucky enough to have my friend Don there to show me the coolest things. Like this tiny corner market were the proprietors were selling flowers and a few vegetables. I like to think I am proficient at exploring new places by myself, but one thing I learned that day is that having an expert along is a big help, if he or she knows where the wicked cool stuff is located!

Well, of course I looked in the window of this little bar. And, also of course, I photographed what I saw – the one guy in the bar looking at the one guy on the television.