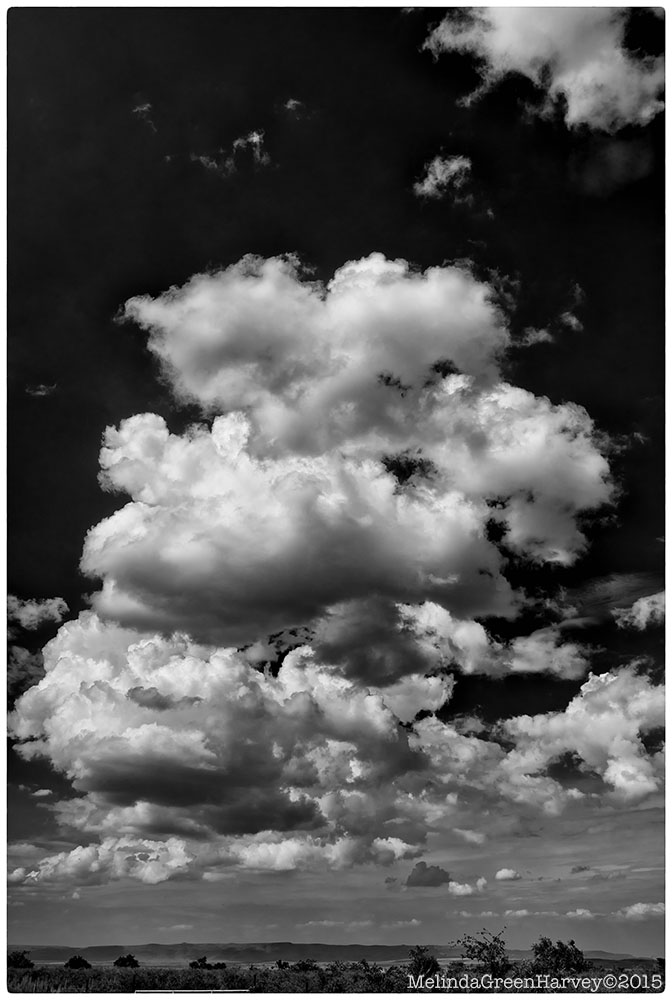 I arrived in Alpine in the middle of a thunderstorm. Later, I heard that it was the largest one-day total rainfall ever recorded.

The weather conditions were still good the next day for afternoon clouds to pile up, teasing us with the possibility of more rain.

For many years, I photographed roadside memorials (like this one) as part of an ongoing project,* but it had been almost a decade since I’d stopped at one. I don’t know why this one captured my attention enough to make two u-turns to get to it, but it did. And so it was that there, in the heat and the prickly weeds and serenaded by locusts, I examined the relics of a life that ended where I stood. 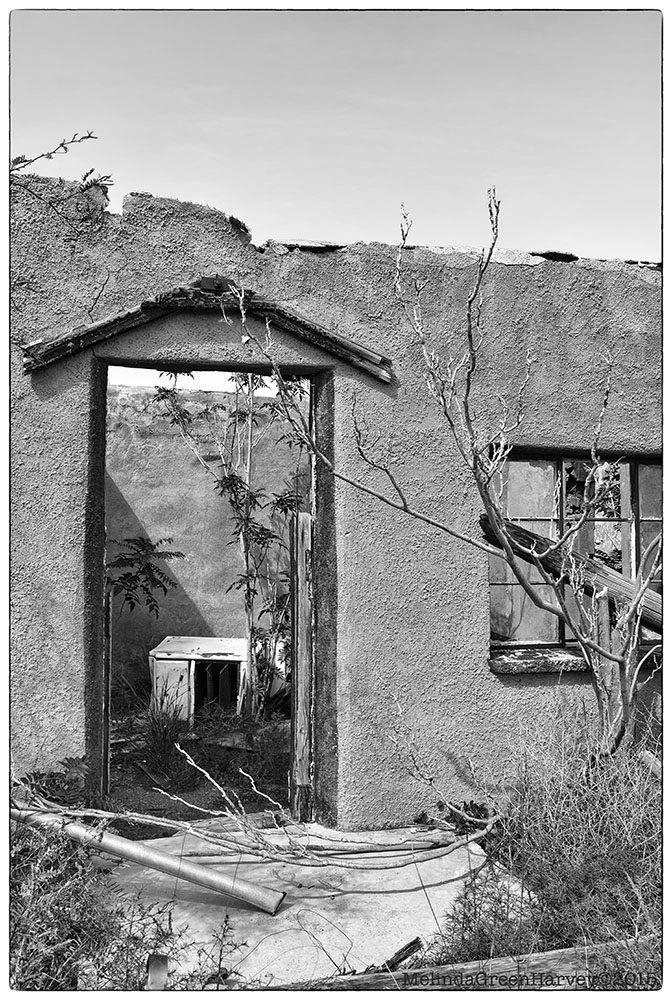 Another fading town, another house without a roof: the same story.

The stove was left behind, as was a pipe across the sidewalk. The abandonment isn’t recent: an entire tree has grown up in what used to be inside the house. 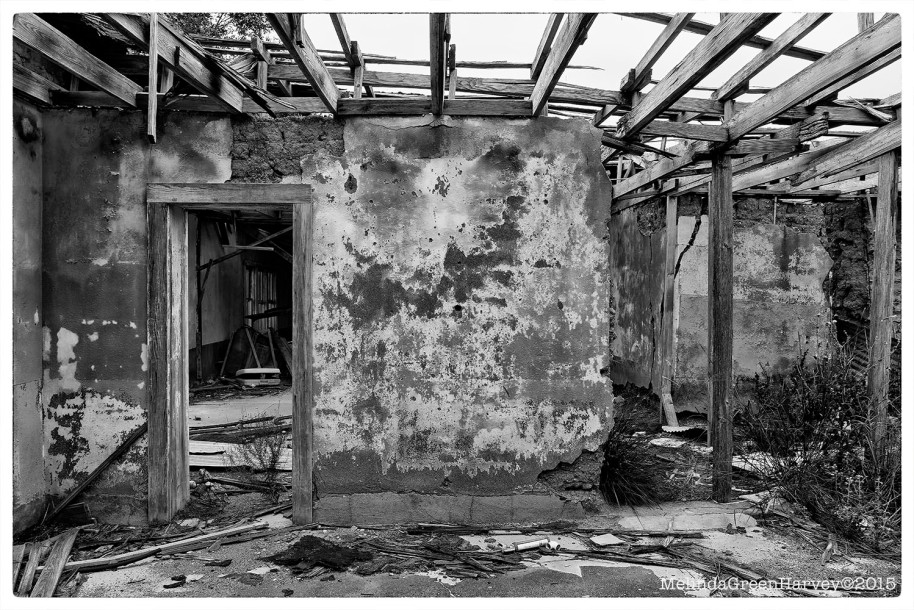 A “crumbling adobe” is practically a cliche out here, but this adobe building really is crumbling away.

This place used to be a motel, a welcome respite for travelers in this remote part of Texas. But now, it’s all about that suitcase.