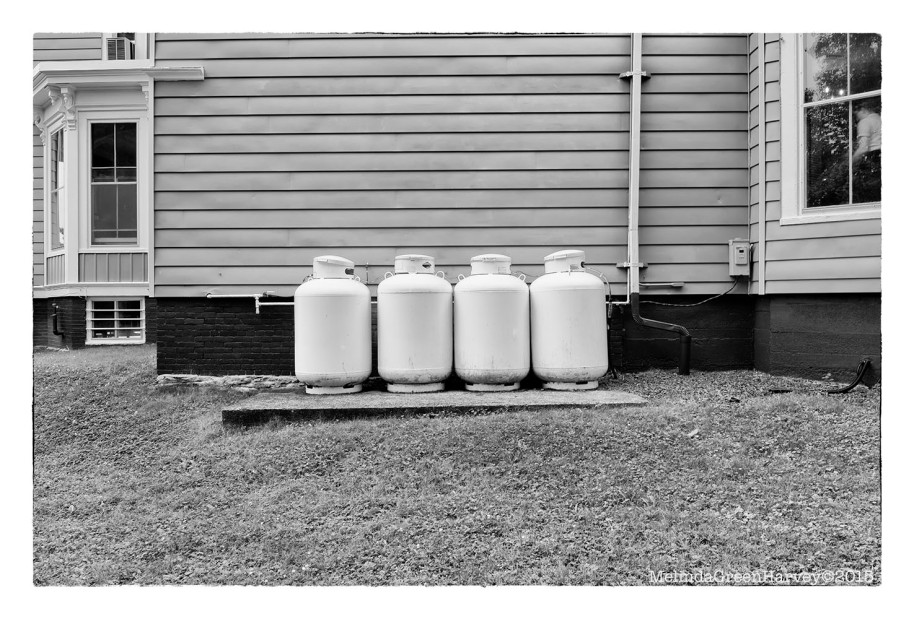 In my part of Texas, a “hard winter” is one where the snow lasts for three days instead of one.

Everywhere we went in Nova Scotia, people told us about the hard winter they’d just come through. Let’s just say their definition is substantially different from mine.

And I’m guessing that the number of propane tanks is a hint about the way things are when winter arrives. Which is probably any minute now.

A Race to the End 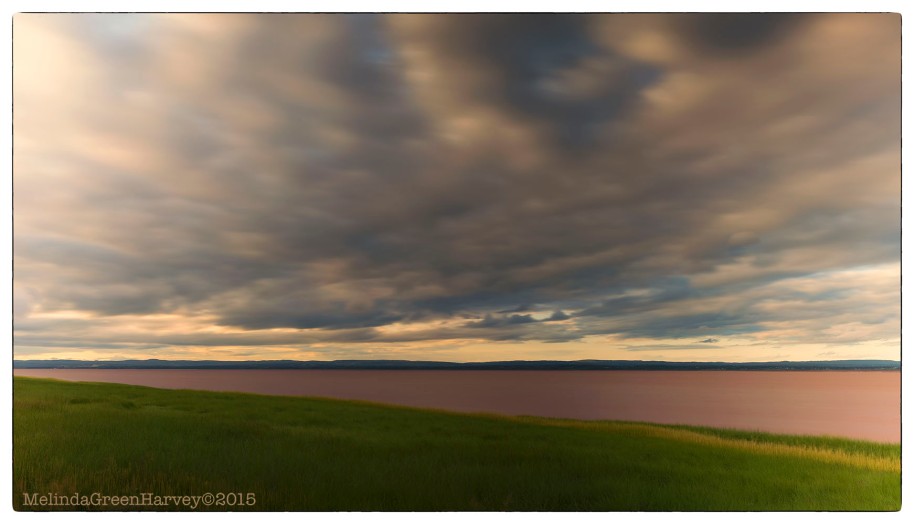 We drove up to Maitland in hopes of seeing the famous Bay of Fundy tidal bore in action. There’s a chance we thought it might look like a tsunami coming in, which means there’s also a chance we were disappointed because all we saw was a gradual elevation in the water level.

But all wasn’t lost: we also got to see some clouds.

PS – Yes, it’s true that this is the third day in a row that I’ve posted an image that’s in color. That’s what Nova Scotia will do to you. 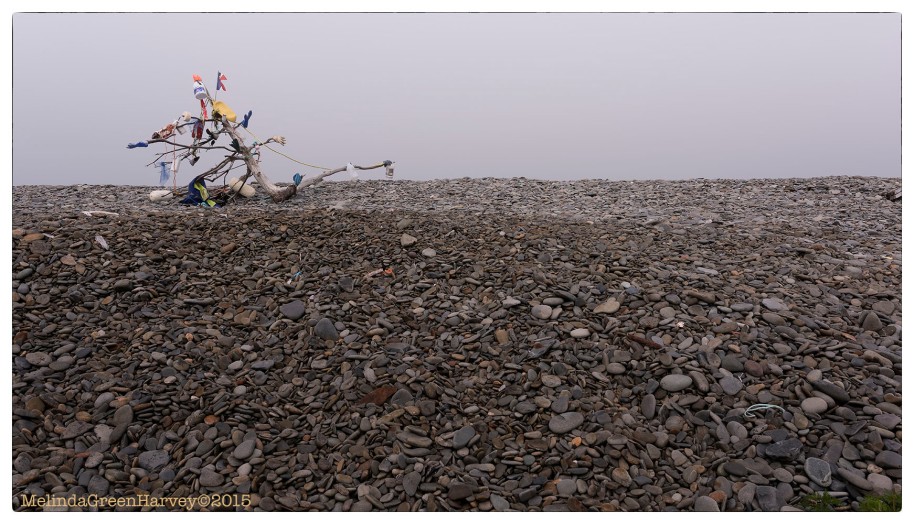 When I first spotted this, I thought it was a memorial to a lost fisherman. But then I realized that it was a conglomeration of beach trash. Either way, though, it was a nice addition to the rocky shoreline.

After the Methodists Left 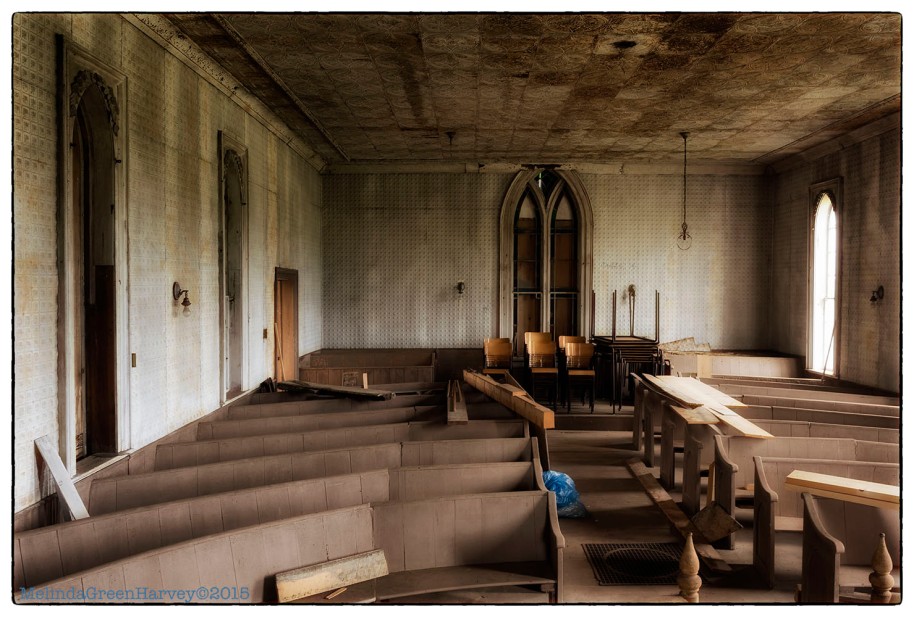 Maybe you recall my experience with the Rude Canadian, where Ehpem and I were “invited” to leave a parking garage we were photographing?

It’s still pretty clear in my mind, so it made me nervous when I made my first images of this old church and heard someone shouting at me from across a field. Turns out, it was the church’s owner, a very friendly man named Patrick. And he was asking me if I’d like to see the interior of the building, which was a decommissioned Methodist church. Naturally, I said yes, and Patrick showed me all around, told me about their plans for renovation, and their newer plans to sell the place and move back to British Columbia. And – this was the best part! – he let me ring the church bells. That reminded me of the Dorothy Sayers mystery The Nine Tailors (that’s logical, I promise – read the book and you’ll see what I mean) and I hoped no one was up there in the belfry.

After that, I settled down and got on with the business at hand, which was making a few dozen images of Patrick’s church. 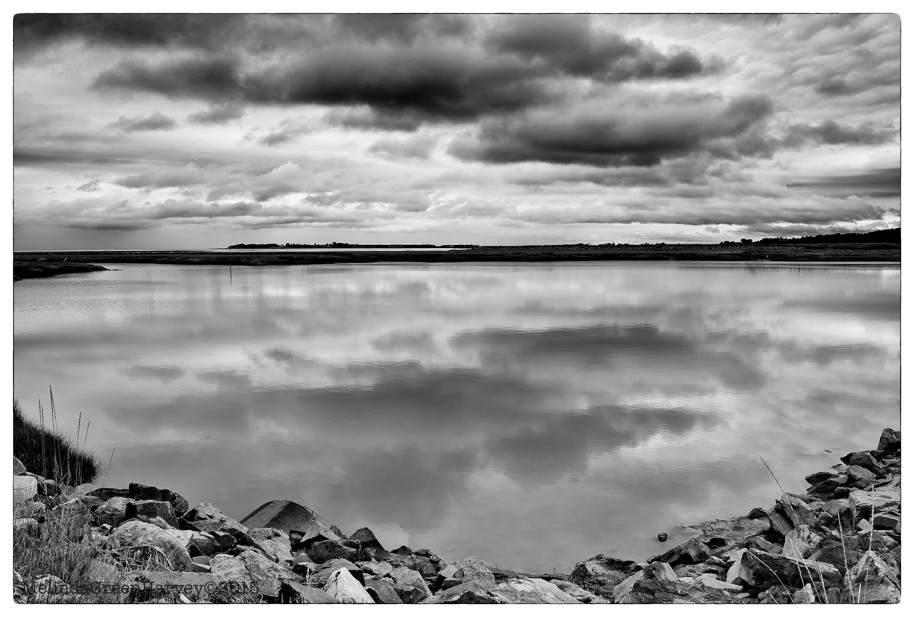 The only thing I remembered from my college geology class was that the Bay of Fundy has the largest tidal range in the world.

And so, because I knew you’d want to know, here’s what high tide looks like in Wolfville, Nova Scotia. (Although I realize that without the reference of what low tide looks like, this photo is relative useless.)

along the Bay of Fundy
Wolfville, Nova Scotia
photographed 7.27.2015