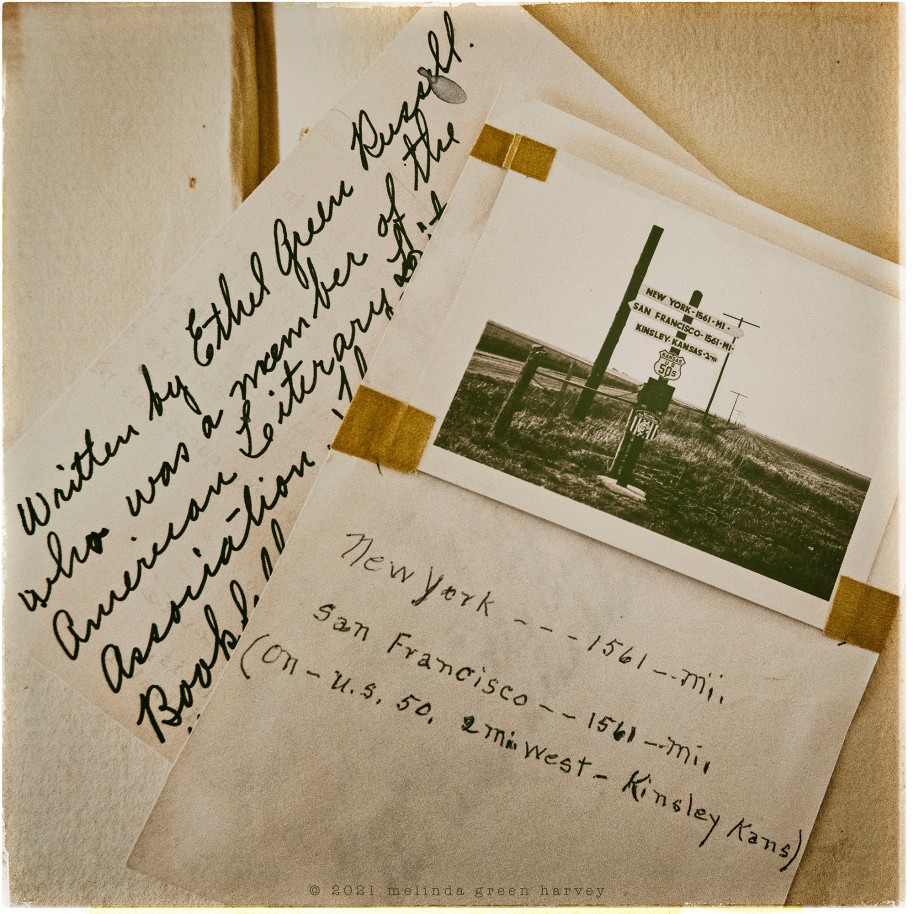 One of my good photography friends encouraged me to sign up for a year-long photography class called Gathering Light, taught by photographer Laura Valenti. It’s a nice blend of things to read, things to listen to, things to write, and things to photograph. (It appeals to my short-attention-span brain.) The lessons in March all dealt with authenticity in our work, and one of the specific assignments was to make a self portrait. It could, of course, be an actual self-portrait or it could be something more representational of who we are.

At the same time, another photographer friend of mine taught a class called “Pieces of Things” which I was too slow to get into before it was full. But I sort of did it on my own (although taking it from him would have been much more educational).

I decided to photograph my most cherished books, a set of poetry volumes published in the 1940s by my great-aunt. I never met her, but have long felt connected to her through poetry – hers and mine. One of my favorite things about her books is that they all have her hand-written edits in them; these were not her own personal copies, so I have always assumed that she went through each copy of each book, making the changes. Sometimes it was to correct a typo, but other times she made changes to an entire line. As I photographed her after-the-fact edits, I thought about how much over-thinking must have been involved in her process, if she was making those kinds of changes after the books were printed. I, too, am an over-thinker, and can over-think nearly anything. The images of her corrections were where I thought my self-portrait was headed.

But then, I had a real treat: a poem that I’ve read often had a misspelled word right in the title. I’d never noticed it before, and it struck me as sort of hilarious that she was in that book, pen in hand, making little changes here and there but completely overlooking an obvious misspelled word. THAT was the self-portrait: I was certain. She and I apparently shared an ability to over-think and also miss important things. Yes – at last: a self portrait was at hand.

Inside one of the books is a handwritten note with some details about her career. There is also a tiny photograph, taken outside of a small Kansas town that is equidistant from New York and San Francisco, on US Highway 50. I recently became aware that this highway traverses nearly the entire country, going from the shores of Maryland to Sacramento, California; I have a strong desire to take the drive, making photos along the way. But I had never recalled that this little photograph was made along the route I dream of driving.

And THAT was the self-portrait.

(My thanks to Al Mackie for encouraging me to enroll in Gathering Light and to Don Toothaker for teaching classes that sound fantastic even though I can’t get into them.)