I can get distracted thinking about what goes on behind the scenes, for Mass, for dinner, for a car repair. It doesn’t really matter what it is, I just always wonder about the how of it all.

So I was pretty happy to discover God’s robes in a small room off the sanctuary of this Nova Scotian church. 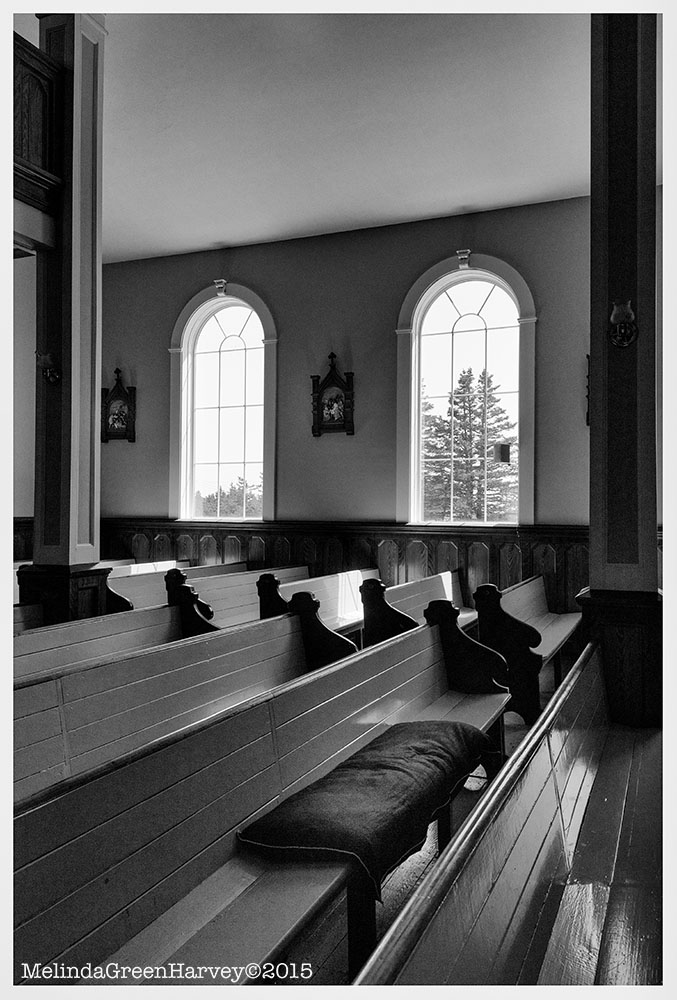 This made me happy: someone’s personal church cushion marking their place at church. 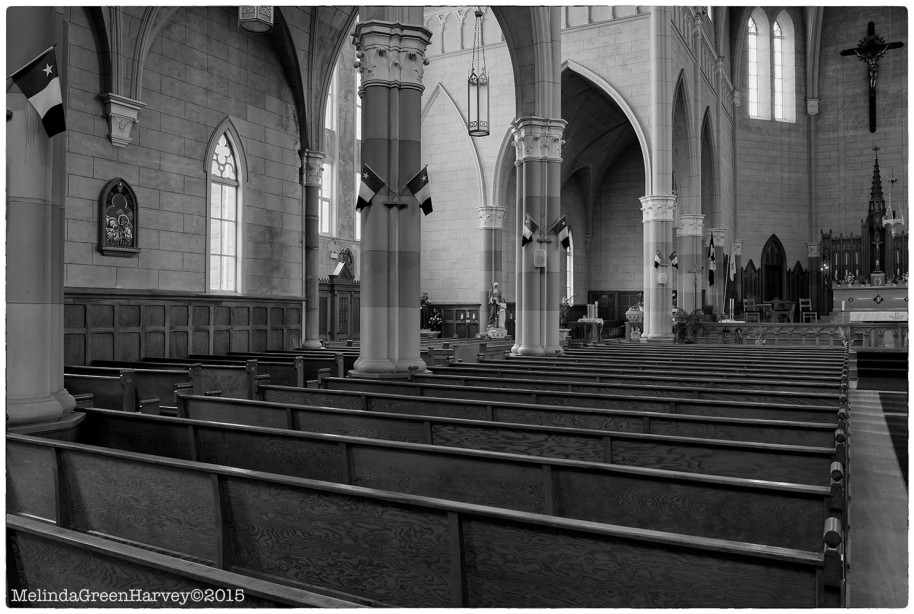 I guess this is the opposite of yesterday’s out-of-business church. This huge church took 42 years to build, and it’s still an active parish in heart of the Acadian area known as the French Shore.

The French Shore is one of the areas that the Acadians were permitted to live when the British had second thoughts about their earlier deportation. (The British had taken over, and weren’t interested in giving up, the rich farmland of their original homeland.) As a result, upon the Acadians’ return to Nova Scotia, they were in a new area and had to find new ways to earn a living, to make a life. And so it is now, over 250 years since their return, the Acadian culture is still strong. French is still the dominate language. The Acadian flag, the Stella Maris, is visible everywhere. The food has long associations with those early, thin days after the return. The music is still heavily influenced by ancient tunes.

And each community has an active Catholic church, with Jesus on His cross watching over it all.