Lil Mark and the ice storm 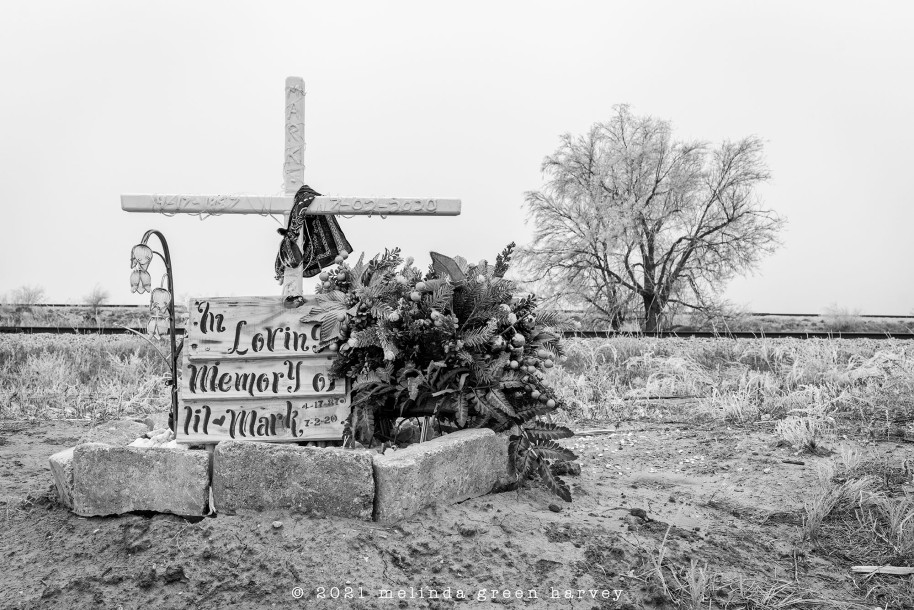 I drive by this roadside memorial every day (that I work in my actual office) on the way home. One day, just before Christmas, there was a car parked near the marker and as I passed, I saw a woman getting some red plastic flowers out of the trunk of her car. I’ve seen many roadside markers and this was the only time I’d ever seen anyone leaving anything at one of them. It’s a bit of a mystery: many of the markers that I pass often have flowers or other decorations that are obviously new, or that change with the seasons, but I never seen it happening.

So earlier this month, on a day when ice and freezing fog were in the forecast and I had my camera with me, I stopped at that marker with the Christmas-time flowers. And that’s how I learned that his marker is for Lil Mark, who was 33 when he died last summer. And I now believe that was his mom I saw, putting flowers out for the first Christmas she didn’t have Mark with her. It is hard to imagine a sadder task.