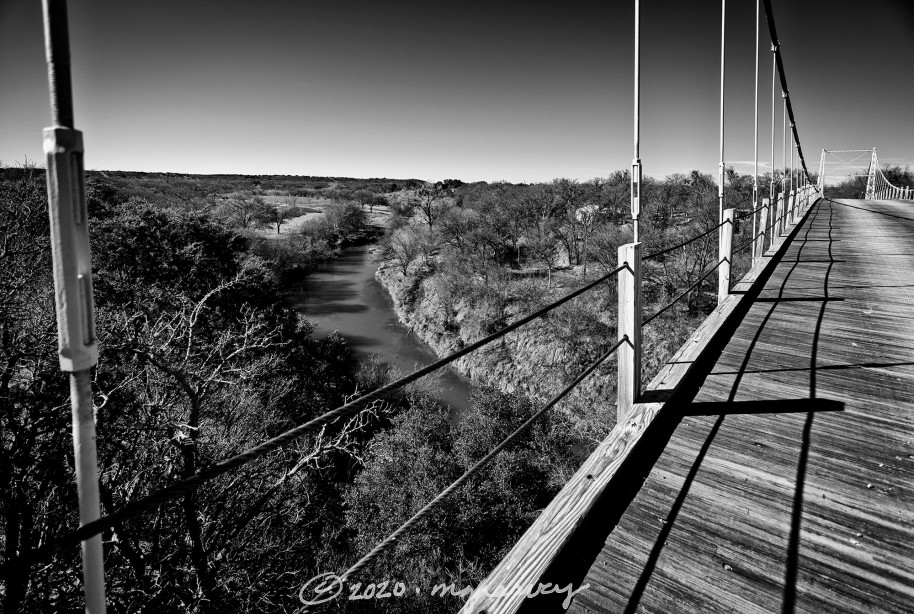 When I travel around Texas I use an atlas called the Roads of Texas; it’s got highly detailed maps that are marked with churches and cemeteries and the tiniest of towns. I used it often on my recent trip to Central Texas.

But the way I found this place didn’t really have anything to do with the Big Book o’ Maps, other than to give me a general idea that if I went north from San Saba for a few miles, there’d be a farm road where I could make a left turn. And sure enough, there was the road…but even better, there was a sign that said “Regency Bridge” with an arrow pointing the way I was thinking of turning.

Which is what led me to learn that Regency Bridge, which dates from the 1930s, is one of the last remaining suspension bridges in the state. The pertinent items from the bridge’s Wikipedia page are: