We found a place for lunch by using that time-tested technique of looking to see what cafe had the highest number of pickups parked in front of it.

I ordered a burger, and the waitress said, “Now, it comes with pickles unless you don’t want pickles. Then we’ll leave them off.” I agreed to pickles, but didn’t realize until lunch arrived that she meant it came with ONLY pickles: a minimalist burger. We were on the end of the lunch rush – by the time the 1:00 siren sounded* everyone but us had left to head back to work.

Here’s a couple of other images from the place, which I shot with my phone: 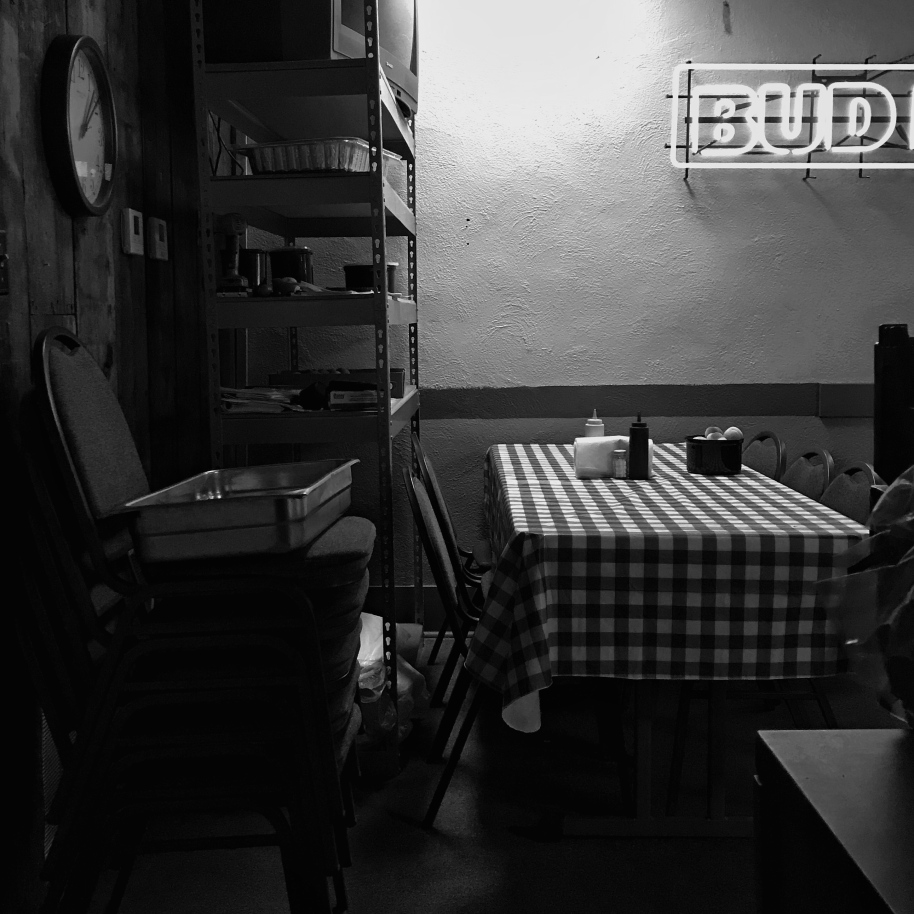 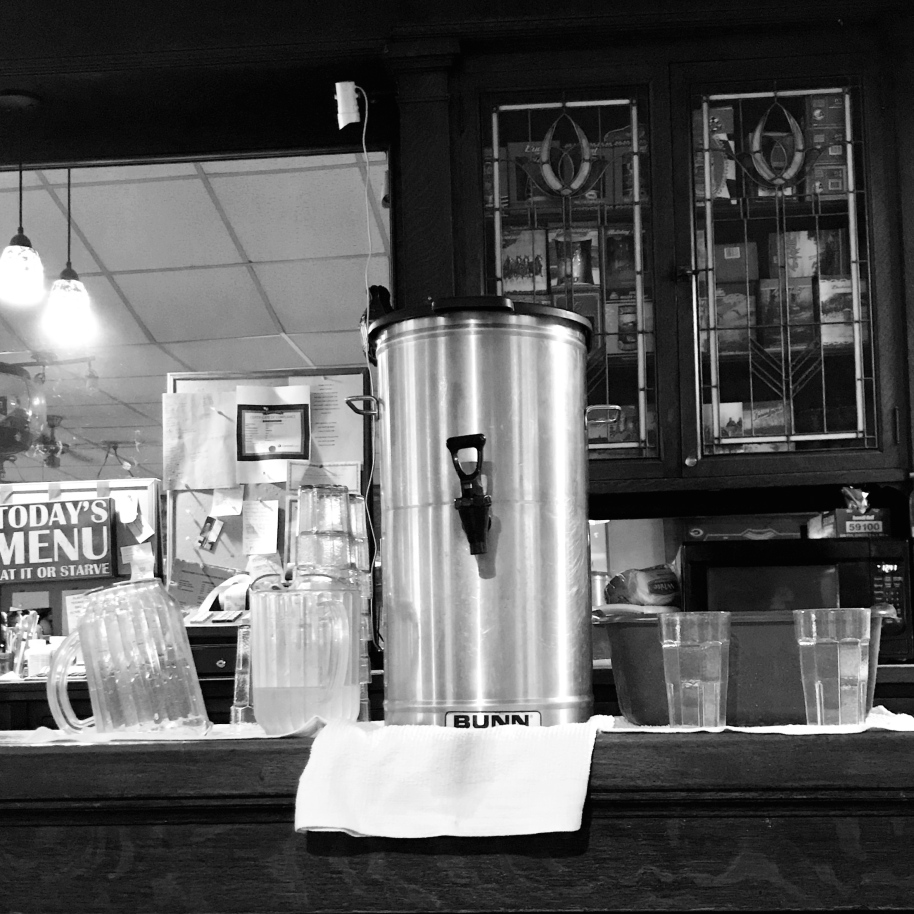 *No kidding. There really was a 1:00 siren, which of course inferred that there was noon siren as well.