Built as a ruin

This is a folly. That is to say it’s “a whimsical or extravagant structure built to serve as a conversation piece, lend interest to a view, commemorate a person or event, etc.; found especially in England in the 18th century.”*

Or, in this case, found in New Orleans in the 21st century.

Many of the tombs here at the Metairie Cemetery are inaccessible – there are heavy, locked gates across them. Fortunately, though, my camera fit between the bars of the gates and I was able to capture this graceful interior.

Historical note: the cemetery grounds were originally a horse-racing track. And New Orleans being New Orleans, the story doesn’t stop there:

Metairie Cemetery was built upon the grounds of the old Metairie Race Course after it went bankrupt. The race track, which was owned by the Metairie Jockey Club, refused membership to Charles T. Howard, a local resident who had gained his wealth by starting the first Louisiana State Lottery. After being refused membership, Howard vowed that the race course would become a cemetery. Sure enough, after the Civil War and Reconstruction, the track went bankrupt and Howard was able to see his curse come true. Today, Howard is buried in his tomb located on Central Avenue in the cemetery, which was built following the original oval layout of the track itself. Mr. Howard died in 1885 in Dobbs Ferry, New York when he fell from a newly purchased horse.* 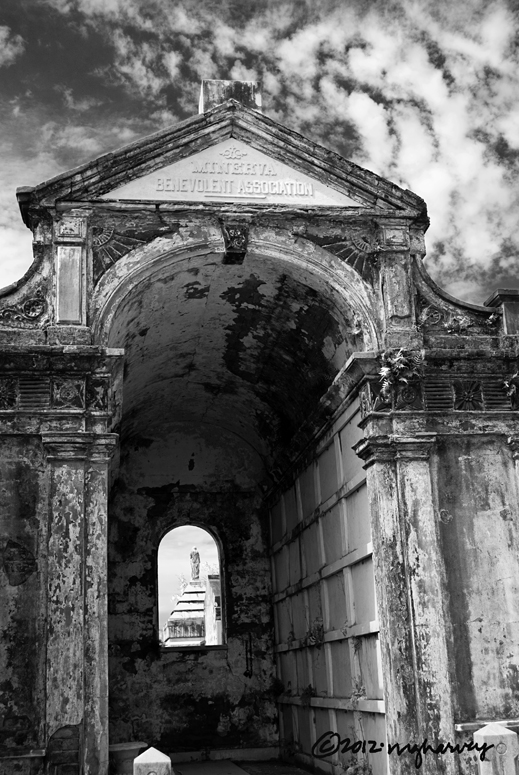 The tomb of the Minerva Benevolent Association, in Metarie Cemetery. 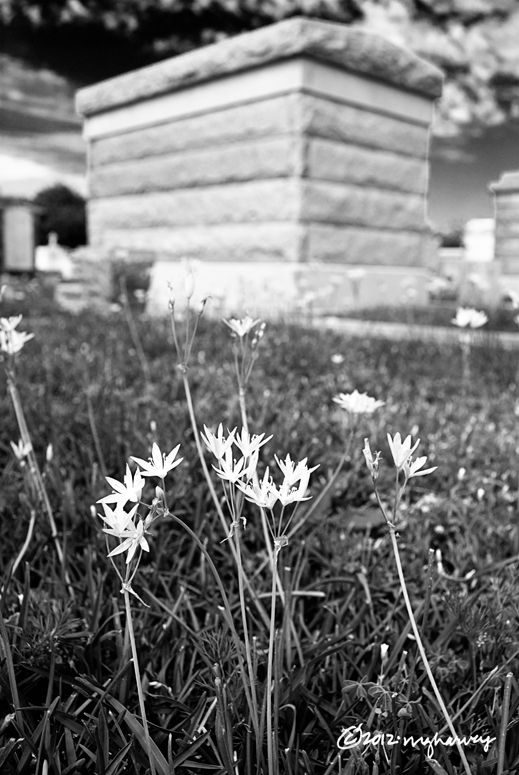 Flowers, and a tomb.