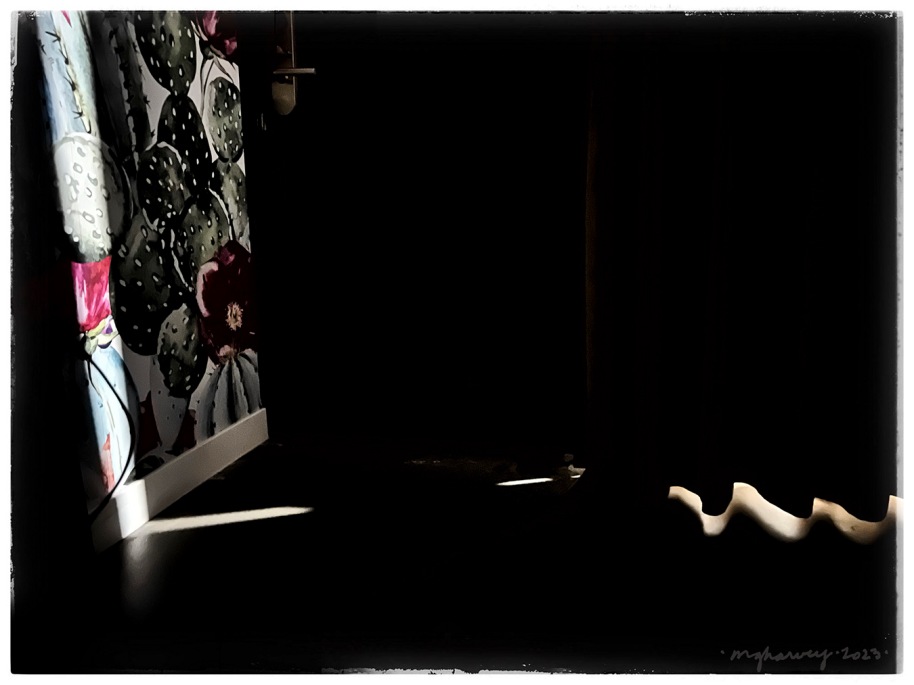 This is what the hotel room looked like at 10:53 pm. In case you’d wondered.

portal: toward the light

If you’ve never seen a clump of photographers get excited by a puddle in the middle of a street, you may not believe me when I tell you that we spend at least a half an hour right here. There were many, many photographic possibilities and we were determined to explore every one of them.

(This will also serve as a warning to non-photographers: hanging with us is likely to cause a rapid onset of complete boredom.)

We’d found this market during one of our daytime meanderings. It was bustling, full of activities like the one guy who was cleaning the night’s catch of sardines or the other guy who’d set up a kitchen beside an arcade and was frying up plates of fish or the people using the public fountain to wash dishes or the people enjoying lunch.

But then we heard the place takes on a whole new feel after dark – it was described to us “as like a disco” – so of course, on our last night in Palermo, we had to go see. It was different. It was a lot different. The fish cleaners and fish fryers were gone. No one was doing the dishes. And of course it was too late for lunch. But there were even more people than we’d seen in the daytime. There was a little place selling aperol spritzes. There were tiny cafes all over the place. There were diners. There were pedestrians. (There were four American photographers.) There were motorbikes threading their way through it all.

It was hard to leave.

several sides of the same coin

Just after sundown, the lights of the geothermal plant glow. And somehow, the surface of the water also glows.

One star lights up the sky and is mirrored by a light on the distant shoreline.

And the dark-blue arc of the approaching night finds its balance with the darkening ground.

Having a hurricane in Boston wasn’t something that I really thought would happen, but there was quite a bit of rain and wind that one night. Remembering that “Shitty weather makes good photos.” – the second time in three days that I am quoting Sam Abell – my camera and I went for a bit of a walkabout in the rain.